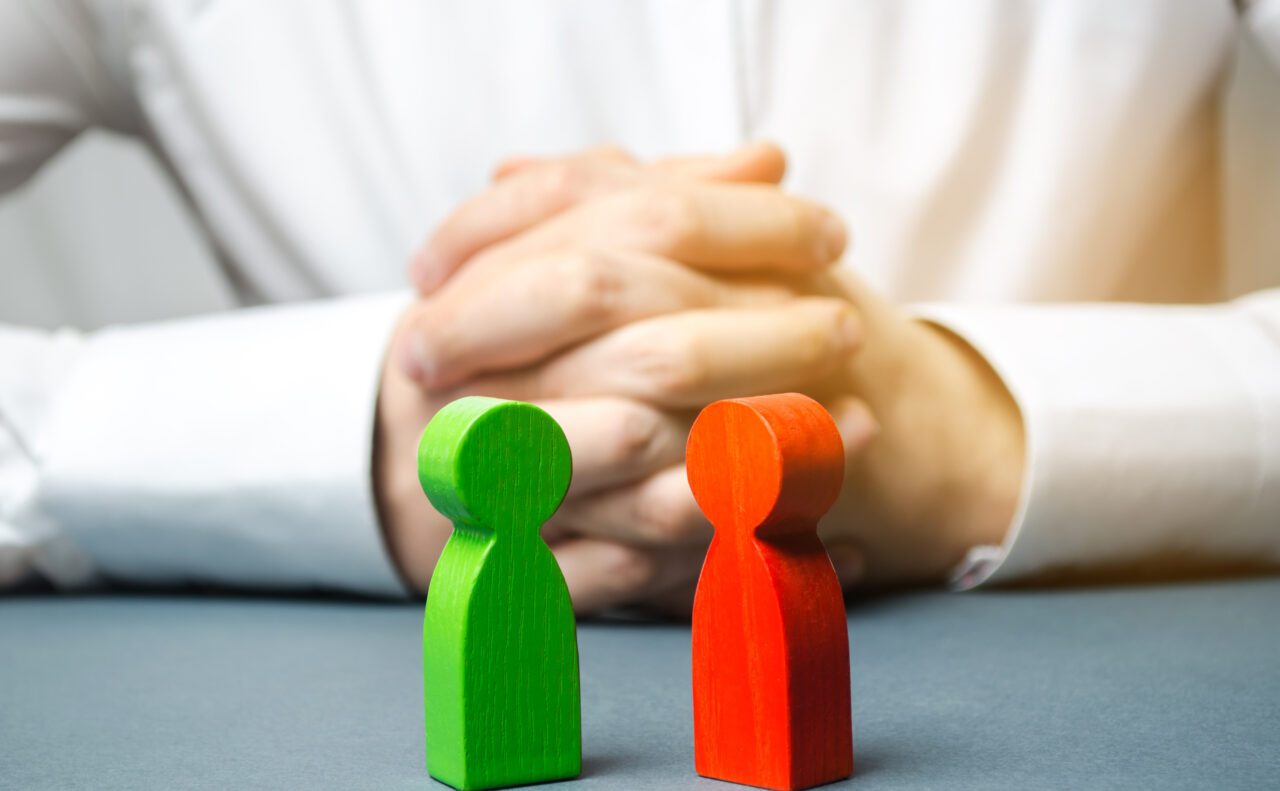 Hayley Gaffney of Coodes Solicitors’ Personal Disputes team comments on the outcome of an Inheritance Act court case which could have been prevented through mediation.

In a recent court case, the defendant of an Inheritance Act claim was significantly penalised for failing to mediate with the claimant, her niece. The case of Rochford V Rochford [2020] was only heard in the county court and did not involve a particularly substantial claim or estate. However, it is a significant result and should provide a stark warning to anyone preparing to defend an Inheritance Act claim.

The case is important as very few adult child claims under the Inheritance (Provision for Family and Dependants) Act 1975 end up going to trial. Usually, such claims are settled long before going to court. They are generally resolved either by negotiation or some form of Alternative Dispute Resolution (usually mediation). The risks of proceeding to trial on such claims and having to pay your opponent’s costs are usually enough to encourage parties to settle the claim.

The claimant was an adult and the only child of the deceased, Kenneth Rochford. She brought proceedings under the Inheritance Act on the grounds that her late father’s Will failed to make reasonable financial provision for her. Ms Rochford stated that she had ongoing needs for maintenance as a result of having a genetic disease.

In his Will, Mr Rochford had left most of his estate to his sister (the defendant). This was reported to have been because the claimant and her aunt had been involved with an argument two years before his death.

Ms Rochford had to issue proceedings protectively to preserve the entitlement to do so. That was because the six-month time limit from the date of any Grant of Probate or Letters of Administration was fast approaching.

An attempt to resolve the claim

The claimant attempted to resolve the claim in negotiations with the defendant – her aunt. However, the defendant decided, unusually, to adopt an overly detailed approach to financial disclosure. This involved her requesting excessive and unnecessary amounts of documentation. She was so convinced that her niece would ‘lose’ that she failed to protect herself against being ordered to pay the claimant’s costs.

She was also so convinced of her niece’s claim failing that she refused to engage in mediation until it was too late. By then, the costs which had been incurred and the proximity to trial meant it was no longer an option.

The outcome of the trial

The Judge considered that the defendant had failed to make reasonable attempts to settle the claim in negotiations. He made a capital award for the claimant and ordered costs against the defendant personally (rather than from the estate).

Ordinarily these types of claims require just enough financial disclosure to evidence the claim. Given that it was a relatively small estate of approximately £190,000, the parties were required to ensure that their legal costs were not disproportionate.

The claimant had already provided months of bank statements, copies of her income and expenditure, liabilities and anything that the defendant could reasonably require. The disclosure was far more extensive than would be necessary or proportionate. However, the defendant still obstructed any possible settlement and refused to engage in mediation when requested and the claimant was then successful at trial.

Recorder Williamson QC considered all the relevant factors of the claim and awarded Ms Rochford £85,000 plus her existing legacy under her late father’s Will of £25,000. In addition, the defendant was penalised for rejecting an offer the claimant had previously made. Because Ms Rochford was awarded a higher sum by the court, the Judge made a costs order in her favour against the defendant. This included costs on an indemnity basis (higher rates), a penalty of 10% of that plus 5% interest as well as an interim payment of £60,000 towards costs.

The Judge had considered the defendant’s arguments about disclosure and the reasons for ‘blocking’ mediation and negotiations but was entirely unimpressed which is why he penalised the defendant further.

Lessons from this case

This decision is a stark warning to anyone preparing to defend an Inheritance Act claim. Do not let the belief in the strength of your claim or the weakness of an opponent’s claim prevent you from making reasonable attempts to settle the claim before trial.

Inheritance Act claims are particularly risky. That is because each is decided on its own merits and the facts specific to that case. The courts have a very wide discretion as to what decision can be made.

What is clear from the Rochford case is that the court is not impressed with tactical arguments on disclosure or refusal to mediate. The defendant argued she was unable to mediate because of a lack of disclosure, despite considerable disclosure having been provided.  The judge was unimpressed with this argument and adopted a more pragmatic approach to disclosure.

The moral of the story for anyone seeking to defend an inheritance claim is: